This year, Banned Books Week is celebrated the week of September 22.  This is a week to embrace items that have been Banned or Challenged over the previous twelve months, as well as previous years. 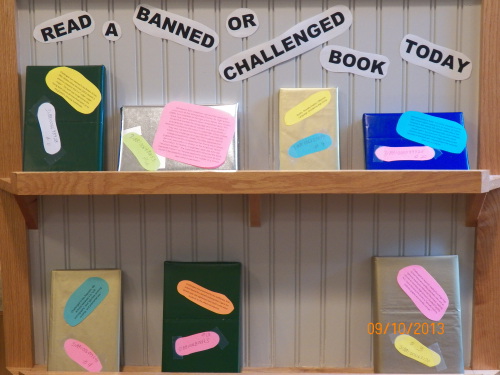 Banned Books Week celebrates a freedom – the freedom to read.  Working in a library, I love books!  Yes, I admit it, I LOVE TO READ!  I read just about anything – from cereal boxes to “How to manuals”, from “Scandal sheets” (as my grandfather called them) to what others might consider more legitimate newspapers, from the “Classics” to “Bodice rippers” – I read them all.  As a serious reader, I simply do not understand how anyone feels that they have the right to tell me what I can and should read. 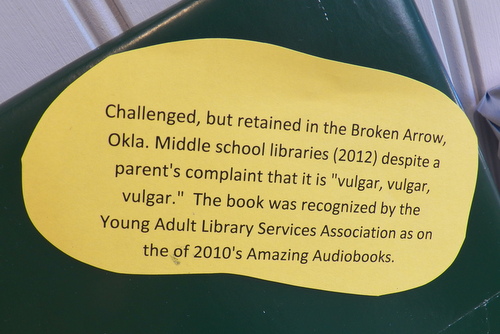 Every year, most libraries have a display of Banned or Challenged books.  You have probably seen some of these as you visit libraries in September each year.  This year we have wrapped our display and hidden the titles.  We have covered the books in paper, and attached a blurb about why the books have been challenged.  Some of the descriptors might give you an idea of what the book is, but most of the reasons are rather general. 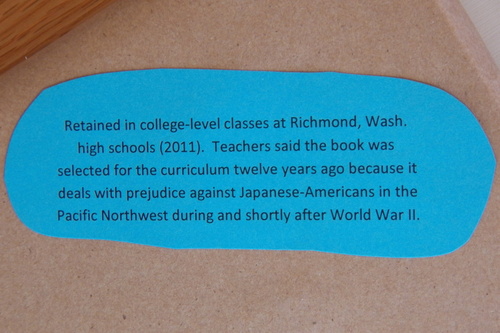 Come on in and pick up a surprising title today!
Ann Russell, Technology Librarian
Books won’t stay banned. They won’t burn. Ideas won’t go to jail. In the long run of history, the censor and the inquisitor have always lost. The only sure weapon against bad ideas is better ideas. The source of better ideas is wisdom. The surest path to wisdom is a liberal education. —  Alfred Whitney Griswold