Ah, summer in Maine!  For those who can’t experience it in person, there is the charm of a movie set in Maine during the summer.  Two you may not have seen are The Hardly Boys in Hardly Gold (2008), a comedy action adventure starring artist William Wegman’s Weimaraner dogs and set in the Rangeley area and the Disney film Summer Magic (1963) starring Haley Mills and Dorothy Maguire.

Remember A Summer Place (1959) with Troy Donahue, Sandra Dee, and Dorothy McGuire set at a Maine resort? The remake of The Parent Trap (1998) with Lindsay Lohan set at a Maine children’s camp? Andre(1994) about that famous seal from Rockport?

Here are a few movies you have probably seen…..but do you know wherethey were filmed in Maine?

Peyton Place (1957) This 1957 film starring Lana Turner and Hope Lange was filmed in Camden and Belfast, and is still a classic.

Carousel (1956) This 1956 classic starring Gordon MacRae and Shirley Jones was filmed in Boothbay Harbor and Newcastle. 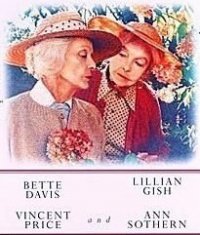 The Whales of August (1987) with Bette Davis and Lillian Gish, was filmed on Cliff Island near Portland.
Scott Handville, Assistant Director