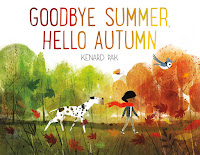 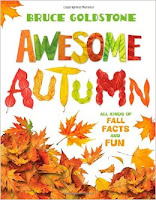 This awesome book is packed with information, fun facts, and scientific explanations about the season.  Illustrated with colorful photos and photo collages, it’s a great way to learn about fall.  Also included is a list of fall activities and craft projects.
Sarah Duffy, Library Assistant

U Ugly Pumpkin
T Twelve Haunted Rooms Of Halloween
U Uninvited
M Maine Ghosts & Legends
N Nature And Science Of Autumn
I It’s Halloween
N Night Of The Pumpkinheads
T Till Year’s Good End
H Hello, Harvest Moon
E Every Autumn Comes The Bear
L Leaf By Leaf
I I Know It’s Autumn
B Boo And Baa Have Company
R Run, Turkey, Run
A Autumnblings
R Real Ghosts, Restless Spirits
Y Yankee Magazine’s Ultimate Guide To Autumn In New England
All of the above titles are available through the Gardiner Public Library.  Click on the title to check on the availability of each title.
Ann Russell, Technology Librarian 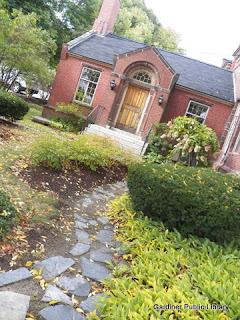 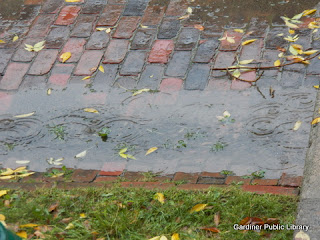 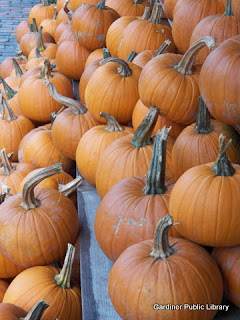 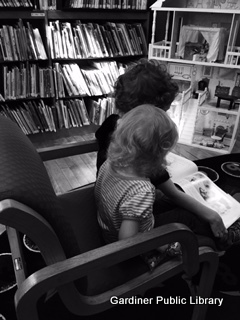 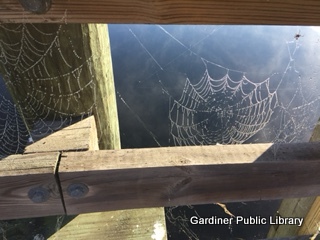 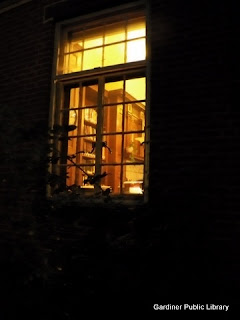 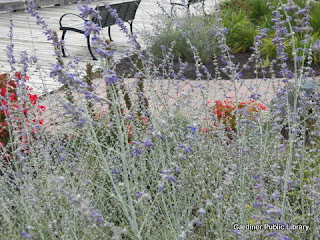 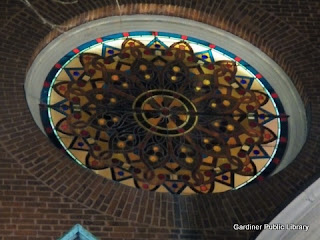 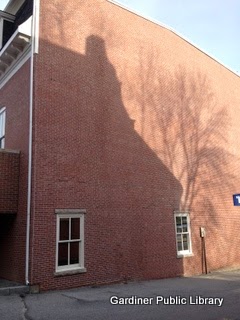 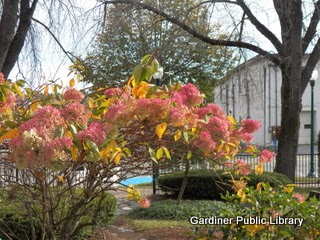 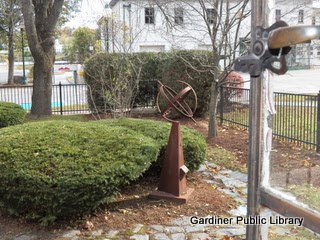 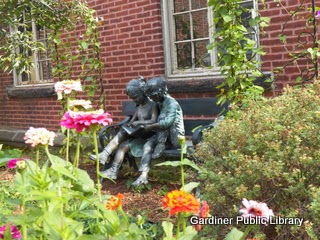 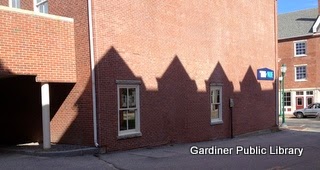 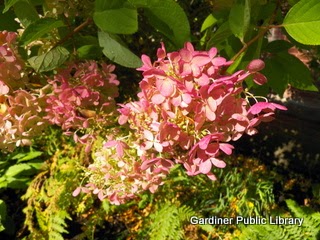 September may mean back to school but it also means it’s time for town and country fairs!  The air is crisp, the harvest is wrapping up, and everyone heads to the fair to relax with their friends and neighbors.

Here are a few movies that celebrate those good times in one way or another:
Babe (1995)  Totally charming fable has intelligent piglet Babe being raised by matriarch sheepdog Fly, and learning the art of sheep herding along with his new canine brothers. Starring James Cromwell.
Charlotte‘s Web (2006)  Faithful to E.B. White’s timeless 1952 children’s novel about a young girl who rescues runt pig Wilbur from the smokehouse. Starring Dakota Fanning and Julia Roberts.
It happened at the World’s Fair (1963)  Fun and light romance comedy has Elvis and a companion being escorted through the Seattle World’s Fair by a fetching Chinese girl. Starring Elvis Presley.
Ma and Pa Kettle at the fair (1952)  The Kettle’s eldest daughter Rosie want to go to college so Ma enters the county fair baking contest to win some money and Pa buys a decrepit old nag to enter in the fair’s horse race.  Starring Marjorie Main and Percy Kilbride.
My girl (1991)  An 11 year old tomboy must come to grips with the realities of life. Starring Anna Chlumsky, Macaulay Culkin, Dan Akroyd, and Jamie Lee Curtis.
State Fair (1945)  Glossy slice of Americana about a family at the Iowa State Fair, featuring plenty of great songs by Rodgers and Hammerstein.  Starring Jeanne Crain, Dana Andrews, Fay Bainter, and Percy Kilbride.
Meet Me in St. Louis (1944)  Wonderful music in this charming tale of a St. Louis family during the 1903 World’s Fair.  Starring Judy Garland, Margaret O’Brien, Mary Astor, and June Lockhart.
Carousel (1956)  Much loved Rodgers & Hammerstein musical about a swaggering carnival barker who tries to change his life after he falls in love with a good woman.  Starring Gordon MacRae and Shirley Jones.
Something wicked this way comes (1983)  Two young boys discover the evil secret of a mysterious traveling carnival that visit their town.  Starring Jonathan Pryce, Diane Ladd, and Pam Grier.
(Synopses are from VideoHound’s Golden Movie Retriever)
Scott Handville, Assistant Library Director
As the temperatures drop, the phrase “Soup is good food” runs through my mind.  There is nothing like a delicious bowl of soup to warm you up on a chilly day.  The library has at least three books dedicated to only soup recipes:  Maine-Course Soups & Stews by Dorothy Ivens, Saved by Soup by Judith Barrett, and Lee Bailey’s Soup Meals by Lee Bailey.  Of course any general cookbook will also have great section of soup recipes.  They are so varied in scope, can be so easy to throw together, and can be stretched to feed many.
Some soups that are given in one of these three books are:
Summer squash soup with fresh herbs (uses basically 4 ingredients)
Cabbage-soup-diet soup
Steak and mushroom dinner soup
Sweet and sour meatball soup
YUM.
Scott Handville, Assistant Director